Catch us on vokalnow.com, ROKU, ITunes and Facebook Live!

Rafferty: Making it after Corporate

After living the corporate life, Rafferty began his career as a musician with a lot to lose, and a voice made for the spotlight. After a few dead leads, and one last shot of his musician career, he made a decision to record his now hit, "Apple Pie," with the lost money he had to his name. His song grew to success, and has touched over 500,000 users on both Spotify and ITunes, and within his first release of his EP, he was able to secure a commercial track for the well known A

Ashley Wiener - Eva Under Fire's debut Album, "Anchors," will have you hooked from first song to last. First founded in 2015, the band has made great strides, performing with household names such as Lacey Sturm, formerly of Flyleaf and with a strong female vocalist on point and in tune with her melodious background, it's no wonder they are making waves in the rock city capital of Detroit. Two of my favorite songs from the Album have pretty unique styles in themselves. 'Betray

Tim Sult of Clutch has been kind enough to join us on our show, and discussed some of the things that came with his career with Clutch, not one of them being drama. When looking back on their talented career, with big hit's like "Regulator" making it to the theme music for AMC's The Walking Dead, and "Electric Worry" topping the charts, they avoid the headlines by doing what they do best: making amazing music! If you look at the news, you won't see a dark spot from them, they 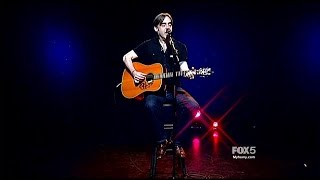 Brad Roberts of Crash Test Dummies: "I'll Be Peaceful Then"

Brad Roberts is known for his deep voice and iconic words in the song, "Mmm mmm mmm," but do people really know the man behind the music? Why Wouldn't We Radio is only a few days from speaking to a musical legend from the 90's and today with his new hit, "I'll Be Peaceful Then" he's got plenty to discuss. Take a listen to his brilliant words, and see a man that has been to the highs and the lows of celebrity, and still coming out with a brilliance like no other.

Podcasts for your pleasure